Bhubaneswar: Odisha government has taken up the Learning Recovery Program (LRP) in Odisha School Education Programme Authority (OSEPA) to provide a learning opportunity to students to make up for losses in studies due to the closure of schools due to the Covid-19 pandemic.

However, a study conducted by the NGO Atmashakti Trust found that the lack of awareness among children and their parents, and the absence of robust monitoring, have been the blockade to its effective implementation.

The team conducted the study with school-going children in two blocks of the Nuapada district, where over 500 grassroots workers divided into 33 groups visited 68 schools and interviewed 115 children to understand the implementation of LRP. 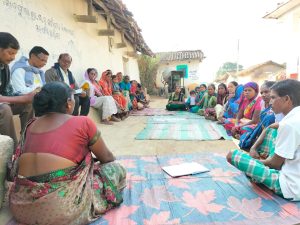 The study was a part of its 26-day nationwide campaign, ‘Education Cannot Wait. Act Now’ which started on November 15 in Odisha, Jharkhand, Chhattisgarh, Madhya Pradesh, Rajasthan, and Uttar Pradesh. Under the campaign over 4000 students from 2000 schools will be interviewed to understand the effectiveness of learning recovery programs in these states and share findings with state governments for making the program successful.

“LRP was something we had demanded before the state government to address learning gaps of children who could not get it due to prolonged school closure. However, the result of the pilot fact-finding report is shocking. If this is the result of the study in only two blocks of Nuapada, this can be an alarming trend to be looked after,” said Ruchi Kashyap, Executive Trustee of Atmashakti Trust.

The absence of an effective monitoring system at the district and block level and lack of mass awareness among children and their parents limit end-users benefits of the scheme, added Kashyap.

In May this year, the state government stated in its report that 30 percent of students are not returning to school after classes resumed and the overall attendance in higher secondary classes was abysmally low in Gajapati, Sonepur, Baragarh, Kandhamal, and Nuapada.

Nuapada district reported 896 school dropouts, which is highest number. Following this, OSEPA announced the start of a 3 month long Learning Recovery Programme (LRP in 55745 government and government-aided schools in the state for students of classes 3 to 9 in September 2022.