Bhubaneswar: The Odisha Women’s League will begin on November 27 at Kalinga Stadium. A jersey launch event was held on Saturday in presence of Sports minister Tusharkanti Behera and Football Association of Odisha Secretary Ashirbad Behera.

Six teams will participate in the league which is being jointly organised by Sports and Youth Services Department and Football Association of Odisha. 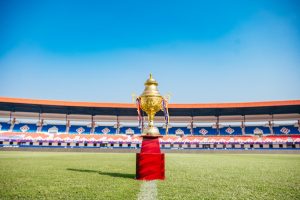