Cuttack: Amidst a star-studded event, the opening ceremony of FIH Odisha Men’s Hockey World Cup-2023 Bhubaneswar-Rourkela was held at the Barabati Stadium in Cuttack today.

The opening ceremony event was an amalgamation of the performances representing the colours of India. Spectacle performances of popular celebrities like Disha Patani, and Ranveer Singh. Neeti Mohan, Benny Dayal, and Pritam among others mesmerised the huge crowd of over 35000 gathered at the stadium to be a part of the historic moment.

Ollywood’s favorite couple Sabyasachi Mishra and Archita Sahu, warmed up fans and viewers as they performed the hook step from the online dance challenge on the theme song for the 2023 World Cup, ‘Hockey Hai Dil Mera’. 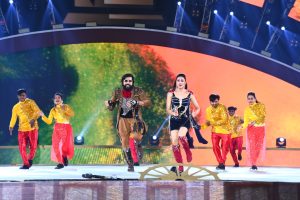 The celebration continued with a testament to the culture and traditions of Odisha. A contingent comprising over 20 different troupes, performed a veneration to Lord Jagannath in Odissi choreographed by Guru Aruna Mohanty.

Attending the opening ceremony, Chief Minister Naveen Patnaik said, “I would like to welcome the delegates, fans, and athletes from all over the world. Odisha has long been known for its hospitality and I am sure everybody will take home a little part of Odisha.” 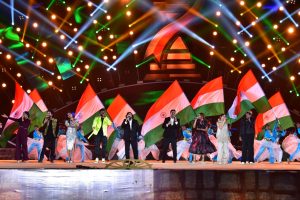 Addressing the event, FIH President Tayyab Ikram expressed his gratitude towards Hockey India and Odisha Government for bringing the spotlight on Hockey.

Union Minister Anurag Thakur, shared, “Every Indian is excited to watch the World Cup.” He also paid homage to legends Major Dhyan Chand and Balbir Singh Sr and praised their achievements that have helped foment a strong foundation for Hockey in India. He further commended Hockey India and Odisha for hosting two consecutive World Cups. 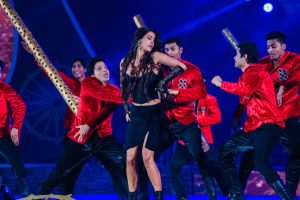 A drone show, a breathtaking fireworks display, and a stunning arrangement of led lights against the night sky were some of the major attractions. Bollywood actress, Disha Patani left fans spellbound with her performance of a medley of super-hit Bollywood songs.

Bollywood superstar, Ranveer Singh made a grand entry from the sky with his energetic aerial and stage performance. He closed out the festivities, in style enchanting the audience with his charisma, aptly “Celebrating The Spirit of Hockey ”. 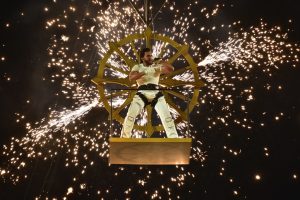 The FIH Odisha Hockey Men’s World Cup 2023 kicks off on the 13th of January and will be broadcast across the country, from 3:00 pm onwards, on the Sports Odisha YouTube Channel, DD Sports, and watch.hockey.com.