Puri: The three chariots of Lord Balabhadra, Devi Subhadra, and Lord Jagannath rolled on the grand road of the pilgrim city amidst lakhs of devotees After a gap of two years, devotees were allowed in the Rath Jatra. 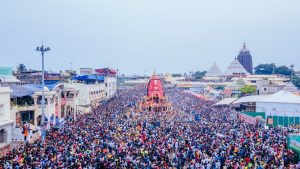 The rituals were started at 3 am and completed ahead of schedule.

Amidst the blowing of conches, the beating of cymbals, and slogans, the grand procession (Pahandibije) of the three deities began at 6.15 am and was completed at 9.15 am. 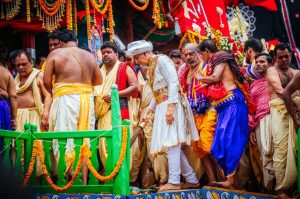 The chariots reached the Gundicha Temple at 7 pm.

Face mask made compulsory in Bhubaneswar