Koraput: Get ready for adventure and experience the adrenaline rush, as now you can do Paragliding in Odisha.

Yes, now gliding through the skies and soar like a bird is possible as Greenscape Adventures is introducing Paragliding at Deomali Hills in Koraput soon. 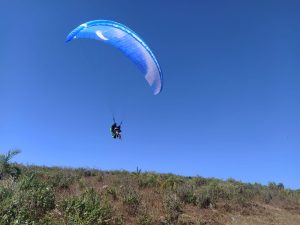 Sasanka Rath, Tourism & Adventure Sports Expert and MD of Greenscape Adventures said, “We are going to start Paragliding from December. The plan is to start it from the first week but the date is yet to be finalised.”

They have been conducting trial runs from 2021. “We have successfully conducted several trial runs at the site and found the site suitable for Paragliding,” he said.

Sharing about coming up with the idea of bringing the popular adventure sports to Koraput, Rath said, “Paragliding attracts lots of adventure enthusiast to the places like Manali, Bhimtal. We thought that if we could introduce it here then it would attract adventure enthusiast from Odisha and the neighbouring states as well.”

He is hopeful that Paragliding will attract good responsible.

Rath further informed that they are planning to start other adventure sports like mountaineering, rappelling among others. 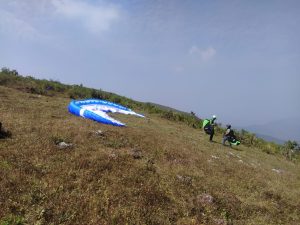 This apart they are also planning to start a pilot training school for Paragliding in coming days and train local youngsters. “We are going to train interested locals so we could get trained pilots from here only. It will help adventure sports enthusiasts from Odisha to think of another career option,” he informed.