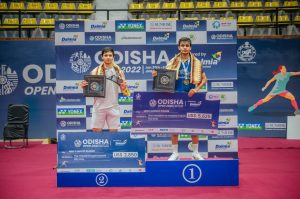 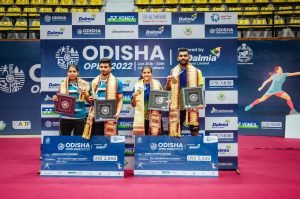 While in the doubles category,  the team of Treesa Jolly and Gayatri Gopichand defeated compatriots Shruti Mishra and Sanyogita Ghorpade 21-12, 21-10. 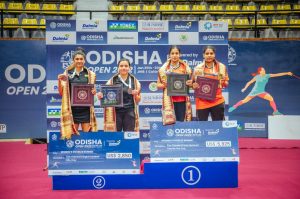 In the men’s doubles final, Indian combination of PS Ravikrishna and Udayakumar Shankar Prasad could not build on their first game heroics and went down 18-21, 21-14, 21-16 against Malaysia’s Nur Mohd Azriyn and Khim Wah Lim.

Odisha Open badminton: Unnati Hooda to clash with Smit Toshniwal and Priyanshu Rajawat with Kiran George in the finals