Bhubaneswar: A high level delegation from the Government of West Bengal visited Kalinga Stadium Complex to study the sports ecosystem in Odisha.

The delegation, which comprised of officers from the Department of Youth Services and Sports and Public Works Department, were interested to learn about the hockey infrastructure set-up in the state, particularly the Kalinga Hockey Stadium in Bhubaneswar and Birsa Munda International Hockey Stadium in Rourkela. 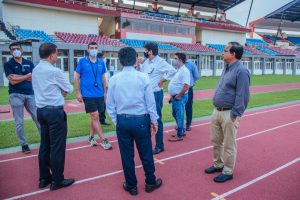 They conducted a detailed recce of the facilities at the Kalinga Hockey Stadium and visited the Odisha Naval Tata Hockey High Performance Centre that trains over 80 boy and girl cadets for the elite level. They also visited the sports science and rehabilitation centre, the Odisha Abhinav Bindra Targeting Performance Centre, where a demonstration of bio mechanics and the assessment techniques used to assist athletes to better their performance were done. 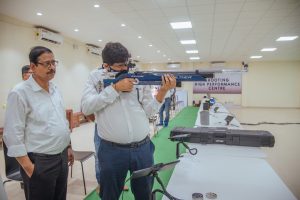 Impressed with the facilities the Additional Chief Secretary, West Bengal Government, praised the Odisha Government for building world class infrastructure across the State.