Tokyo: The Olympics this time is different, as for the first time the opening ceremony was held without spectators amidst the COVID-19 pandemic. Japan’s Emperor Naruhito officially declared the games open on Friday in an Olympic Stadium in Tokyo.

The Tokyo Olympics was scheduled for 2020 however the pandemic caused a 12 months delay which has resulted in an odd number year  for the first time. 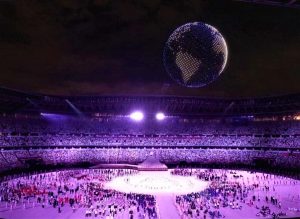 The drone show was the major highlight of the ceremony. Around 1800 drones appeared in the sky above the stadium and formed the symbol of the Tokyo Olympics and then formed an amazing  shape of the earth.

After an Olympic torch really inside the stadium, Japanese tennis sensation Noami Osaka  lit up the Olympic Cauldron. 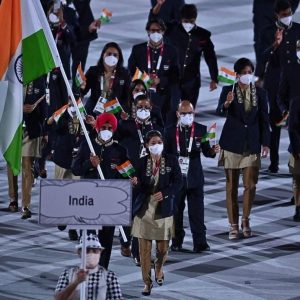 Indian hockey team skipper Manpreet Singh and boxing champion MC Mary Kom were the flag-bearers of the Indian contingent during the opening ceremony.