Over 3 lakh birds of 108 species recorded at Hirakud

Sambalpur: The Hirakud reservoir in Sambalpur district saw a record increase in avian guests this year as the figure touched three lakh. 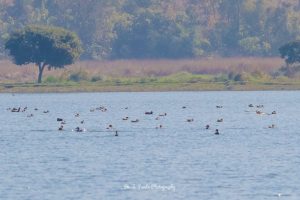 The bird census was carried out across the reservoir spanning across Sambalpur, Bargarh and Jharsuguda. During the bird census, 15 Sectors and around 500 Square Kilometer area of Hirakud reservoir were covered. 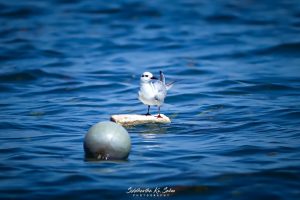 The species which were sighted in highest numbers include Lesser Whistling Duck (66,712), Tufted Duck (44,820) and Common Coot (34,680). Skimmer, Crested Grebe, Darter, Cormorant, Jacana, Pochards, Stilt, Lapwing, Sandpiper, Variety of Gulls, Terns, Plover, and Shrike are some of the other popular species in large number.

Maximum number of birds were sighted on Odisha-Chattisgarh border area where 85,216 birds of 66 species were seen. Similarly, in the Govindpur in Bargarh district 75,275 birds of 65 species were spotted while in Jharsuguda 40,372 birds from 48 species were counted. 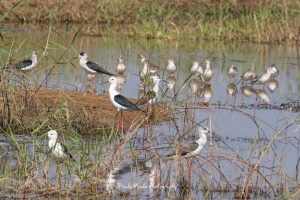 Sharing about the bird census, the Divisional Forest Officer (DFO) of Hirakud Wildlife Division, Anshu Pragyan Dash informed that this year saw a record arrival of avian guests which is good sigh for the reservoir.

In August 2022, Hirakud Reservoir got the status of Ramsar Site which would help in conservation and management of wetlands and wise use of their resources.

Indulge in culinary delights from 16 countries at .FEST