Bhubaneswar: While the Odia film industry is brimming with good content and storyline, young director duo Sisir Kumar Sahu and Peenaki Singh Rajput are coming up with yet another good movie ‘Phalguna Chaitra’.

After the success of the crime thriller ‘Charitra’ and the love story ‘Daalcheeni’, ‘Phalguna Chaitra’ is a family drama made by the duo.

The teaser of the movie was released recently and it has been garnering appreciation from movie buffs. 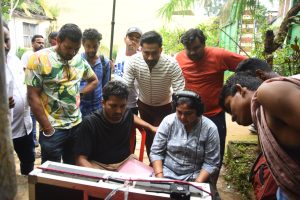 Sharing about his new movie, Sisir Kumar Sahu said, “It is a family drama based on incidents that happen in the month of phalguna chaitra, as per the Hindu calendar.”

In Phalguna Chaitra we have tried to maintain the authenticity of Odia culture with which everyone would feel connected, he added.

The makers of the movie are planning to release it in February-March. The post production work is going on. 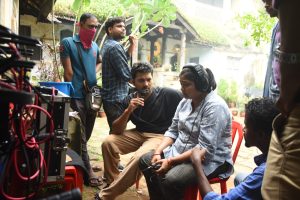 Sisir who has worked as an assistant in a couple of Bollywood movies which include movies like ‘Mohenjodaro’, is enjoying the new phase of Odia movies where good content is given priority by young filmmakers. “I am optimistic about the changes that we are experiencing in the Odia Cinema. We have to keep it continuing. If we succeed in releasing at least five good movies in a year then our industry would grow,” he shared.

“Title of a movie is equally crucial as it would have a connection with the story. It’s good to see that films with good and interesting titles are released these days,” said Sahu.

Stating casting is important to create a movie, he said, “A good actor will succeed in conveying what the director wants to show. Odia filmmakers have finally realized the importance of casting good actors.”

Mascot and Logo of ‘Youth4Water Plus’ Campaign Unveiled at Kalinga Stadium