Odia Cinema hopeful to maintain the momentum in 2023

Bhubaneswar: Odia film industry has been experiencing a revolution as in 2022 some of the best movies were released, bringing audiences back to the theatres to watch a regional movie and garnered appreciation from across the country.

While talking about the trend of regional films doing well in India instead of Hindi movies, popular actor Kamal Haasan during an interview on a channel said that the next pan-India hit movie could be from Odisha and/or other states.

With good original content and presentation, movies like Adieu Godard, DaMaN, Pratikshya, and Charitra and a few web series like Four, Gangs of Puri, and Anthony among others have proved that content is the king of winning the heart of the audience.

For years Odia movies struggled to be released in theatres and sustain for a week due to poor content and copy-paste movies, while the recently released movies Adieu Godard, DaMaN, and Pratikshya successfully ran for weeks in multiple theatres.

While 2022 brought hope of a revival of Odia Cinema, could we expect that in 2023 more such good cinema will be made and be released in theatres? 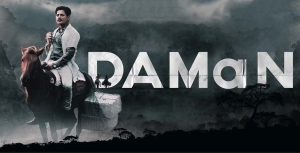 Surya Deo, a renowned Odia Film Critic is happy that Odia Cinema is changing for good. “The present change has proved that Odia audiences want to see good content. People are not interested in watching the same old regular dance, song, and fight sequences. Audiences have rejected the movies with pre-notion film contents, copy-paste stuff, however, it has also affected filmmakers who made their movies with good and original contents during that period.”

“Recently released films have proved that content is important, content would bring changes in the cinema and when people accept the changes it brings a new trend,” he said.

Appreciating young filmmakers for bringing a change in Odia Cinema, Surya Deo said, “If we are observing the change and talking about Odia Cinema today, it happened due to young filmmakers who believe in making good cinema and not blindly following the trend.”

Actor Partha Sarathi Ray whose recently released web series Anthony has created hype and is getting good reviews, shared that Odia Cinema is changing and this change is inevitable. “We are fortunate that in 2022 back to back many good Odia movies came and many are about to be released soon”, he said.

“Over the years films made in Odisha lacked proper stories, casting, character sense, acting, good songs, visuals, and audio. Thanks to some young creative filmmakers, the Odia film industry has got a ray of hope,” stated Partha.

Speaking about casting in Odia movies he said that casting is an important aspect of the movie and the young filmmakers are working professionally emphasising on authentic casting, which is why their films are doing well. 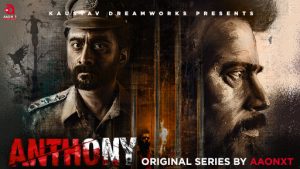 Criticizing people terming recent movies as art movies, he said, “In 2022 some good works came up, however, there were some who considered those movies as art cinema. There is nothing called commercial cinema or art cinema because cinema is a complete form of art. It has to be engaging and well told so that people would like it.”

Advocating that proper promotion is needed to promote good Odia movies, he said, “Many good films and web series were released in 2022 but due to lack of promotion they couldn’t get enough attention. Those who utilised the social media platform to promote their movies got good exposure, while films like Charitra, and Rati Sari Sari Jaouchi were also good movies but they didn’t get enough promotion.”

Partha Sarathi Ray is hopeful that in 2023 more good Odia cinema would emerge. “I am hopeful and excited that a new phase of Odia cinema has started and we just have to carry on the mantle,” he said.

When asked about what caused the delay in reviving the industry, Partha said, “To make a cinema the knowledge of cinema logistics and aesthetics is important. People lacking these two aspects won’t be able to make a good movie. Those who were controlling the system lacked creative minds and their only excuse was that the audience won’t understand good content, which has been proved wrong by young minds.” 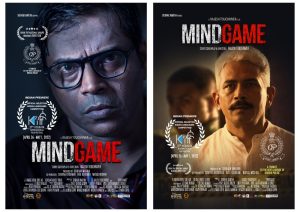 Actor Manoj Mishra has been vocal about good content. He has been supporting and promoting such movies even if he is not part of those movies. Stating that Odia Cinema has never experienced success as other state cinemas, he said that Odia Cinema failed to make a mark as it never got updated with time.

“We are way behind the industries of other states. We just followed the trend of copy-paste and never emphasised coming up with something original, while those who made original content never got the due support,” said the actor whose movie ‘MindGame’ based on a true incident is soon going to be released.

Voicing about content Mishra added, “Adieu Godard, DaMaN, and Pratikshya are films with good content which is why they attracted audiences. If these things continue, our industry will see a change and evolve in the coming days.”

Now emphasis should be on local content and concepts to connect people, he added.

Manoj has recently started his Youtube channel where he talks about Cinema. 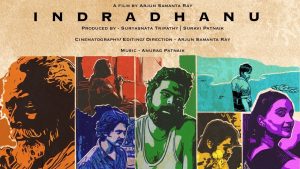 Arjun Samantaray is a young filmmaker from Odisha who focuses on creating good cinema and not following the conventional ideas of cinema. “The current trend of Odia Cinema is good and hope it will continue,” said Arjun who is working on the release of his upcoming film ‘Indradhanu’.

As per Arjun, his movie Indradhanu is an anthology film portraying seven stories based on seven colours highlighting Odia culture.

With an experience of over 12 years in theatre and making films for the past 5 years, he believes that change should be a slow process and consistent. “I don’t believe that one or two people could bring a change in an industry. Change occurs subtly. If we observe change occurring fast then it is wrong to believe that it would last long,” he added.

Similarly, the shooting of Pushkara featuring actor Sabyasachi Mishra is going on and the makers are planning to release the movie soon. The first look of the film has been released and it looks promising. The movie is based Odia Novel ‘Nadabindu’ written by eminent writer Sankar Tripathy. With this Subhranshu Das will make his debut as a director. 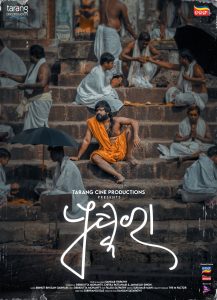 Adieu Godard was the first Odia movie that utilised the social media platform well and that gave the film much-needed exposure. DaMaN followed that path and did the same thing to attract the audience to theatres. “Social media is the best platform to promote our films and get a wider reach,” said Partha.

Drive to detect and treatment of Sickle Cell disease in Odisha

Why you Need AI to Take on Climate Change Challenge