Shillong: In most of the Hollywood or Bollywood movies, the bank robbers escape with a good catch, however in Shillong the bank robbery attempt gone wrong. 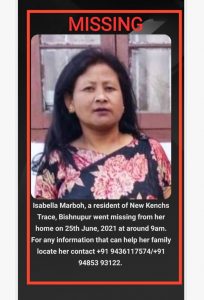 While social media was flooding with messages about a missing woman named Isabella Marboh for the last three days, she was found locked inside Meghalaya Rural Bank in Bisnupur area of Shillong on Monday.

As per reports, when bank officials opened the bank on Monday, 40 year old Isabella was found inside the bank dehydrated and in a state of shock. When inquired, she stated that she got locked by mistake.

However, the CCTV footage showed that she attempted to break the strong room with a hammer and handsaw, but she couldn’t succeed. She even damaged four CCTV cameras. 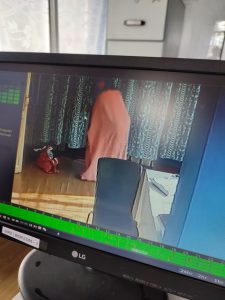 As per reports, she went to the bank on Friday and deposited some cash in her account. She hid herself in the bank with a plan to rob in the night and escape next morning. However, the bank was closed for two days for weekends.

Since she had plans to escape the next morning, she took some food for the night like biscuits and ORS packets. She might have never imagined that she would get stuck in the bank for three nights.