Bhubaneswar: Governor of Odisha, Ganeshi Lal declared the much-anticipated FIH Odisha Hockey Men’s Junior World Cup, which will see 16 top teams from across the globe compete for the title.

The Opening Ceremony held on Wednesday at the iconic Kalinga Hockey Stadium, which has previously hosted marquee events like the FIH Men’s World Cup in 2018. 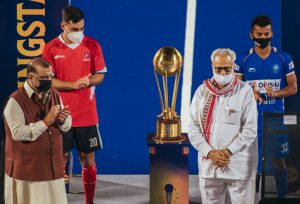 Wishing all the participating teams the very best for their campaign at the FIH Odisha Hockey Men’s Junior World Cup , Governor Ganeshi Lal, said, “I am extremely happy that Odisha got this opportunity to host this showpiece event. Odisha has a deep connect with Hockey. Over the years the sports has evolved in the country and Odisha has been a preferred hub for hockey.”

“Odisha has hosted the FIH Men’s Hockey World Cup in 2018 and will do so again in 2023 and it gives me immense delight that today we are hosting the Junior World Cup in Odisha, India and I congratulate each and every player who has reached this stage. It is a matter of great pride for their country too and we are happy to be hosting you all,” he added.

Captain of 16 teams attended the event and took a photo along with the coveted trophy. 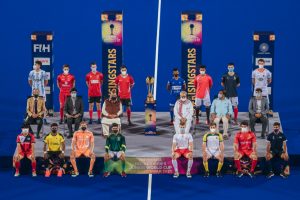 Speaking at the opening ceremony, Gyanendro Ningombam, President of Hockey India said, “We are absolutely delighted that the hockey festivities have returned to Odisha, a state which is highly respected world over for their incredible ability to host world-class sporting events in the state. This is one of the biggest events in the international hockey calendar and we are ever-thankful to the Government of Odisha who have always extended their support to our sport.”

The Opening Ceremony, which saw fireworks lighting up the night sky of Bhubaneswar. 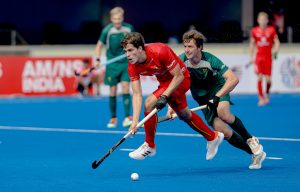