With Mascarenhas joining the squad,  the Sports and Youth Services Department hopes that his experience and expertise can take Odisha Hockey to new heights. 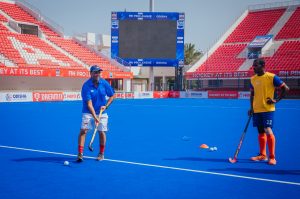 He secured the FIH Level-2 certification in coaching in 2019 and has coached the Maharashtra Senior Men’s Team at the 2017, 2019, and 2021 National Championships securing two quarter-finals and one semi-final finishes. He was also the Goalkeeping Coach for the Dabang Mumbai team of the Hockey India League from 2016-to 2017.