Bargarh:  To ensure the conservation of winged guests and provide them a safe environment, the residents of Govindpur under Lakhanpur Wildlife Range in Ambabhona block of Bargarh district in Odisha have declared their village as ‘Birds Village’.

Tamdei and Ramkhol are the two other villages in the region that have pledged to join the initiative.

The unique campaign has been launched by the residents under the supervision and guidance of the Hirakud wildlife division.

The first of its kind in the state, the campaign aims to keep the village pollution-free for the birds and protect them from predators and poachers. 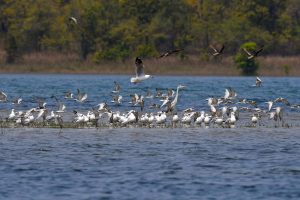 Over two lakh migratory birds of 100 different species from far-off areas throng the Hirakud reservoir, spread over an area of 746 sq km, around October every year.

During a meeting, the three villages promised in meeting that they will protect & conserve the migratory birds coming to Hirakud reservoir every year. 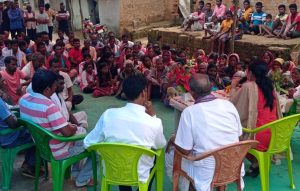 A large number of tourists from different parts of the state particularly Chhattisgarh, Jharkhand, and nearby districts like Jharsuguda, Bolangir, Sonepur, Sambalpur, and Bargarh visit the three villages for picnic and boating and to see the migratory birds.

Anshu Pragyan Das, Divisional forest officer said, “The initiative would motivate villagers to protect birds. They are also being trained to keep the habitat clean and pollution free to make it birds and tourists friendly.”

The forest division has also started clearing weeds from over 100 km shoreline of Hirakud and Debrigarh Sanctuary to facilitate wildlife movement, nesting of birds, and create more meadows and grasslands.

Beautification of houses in the three villages is also going on under which beautiful wall paintings of various birds are being done. This apart dustbin will be installed to keep the landscape clean. 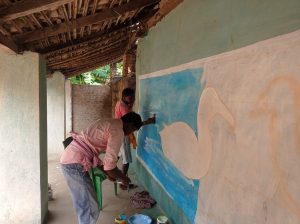 Signages from Chhattisgarh and in neighbouring districts will be installed for directions and promotions. Books and printing materials on birds and Hirakud lake will also be distributed by the division in the next 6 months.

Encyclopaedia on Tribes of Odisha released