Itanagar: Archaeologists in Arunachal Pradesh have discovered the archaeological remains of a 13th century settlement in the forests of Ramghat under the Tarasso circle in Papumpare district. The fortified settlement spreads over 20 acres.

During an excavation carried out by the archaeology section of the state directorate of research, the archaeologists discovered the remains.

A 226-meter-long rampart made of stone blocks, burnt bricks, and stone boulders along with a gate was found. Some symbols resembling bow and arrow and trident inscribed on stone blocks were also found. This apart a broken Shivlinga, sealing ball and potsherds were also found. 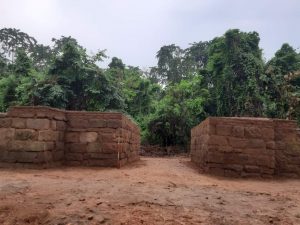 Informing about the discovery, archaeologist Pura Koji said, “Stone blocks of different shapes and sizes and burnt bricks were used to build the fortification.”

Meanwhile, an archaeological exploration in and around Vyas Kund under the Tarasso circle was also carried out where remains of a stone staircase were discovered. 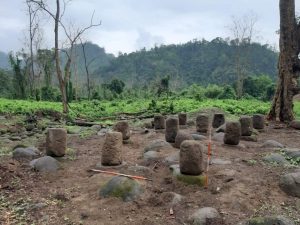 An intensive exploration needs to be done in the area to unearth the ancient remains buried in the region, added Koji.

An archaeological exploration and excavation in the Balijan circle in the Papumpare district were also done, where archeologist remains of unearthed remains of another ancient settlement. A path made of bricks and a flake tool assumed to be from the Palaeolithic era (Old Stone Age) were found.