The championship is being hosted by Odisha Kho Kho Association with from the Sports and Youth Services Department and KIIT (deemed University) under the aegis of the Kho Kho Federation of India. 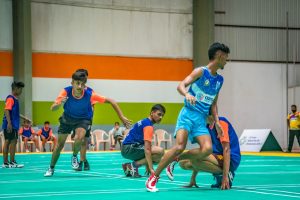 Over 600 players from 53 participating teams from different states and union territories are participating in the five day championship. The teams have been divided into eight groups for both boys and girls. The national championship will serve as the qualifier for the 4th Khelo India Youth Games to be held in Panchkula (Haryana) next year.

The 40th edition of the national championship is hosted by the Odisha Kho Kho Association, with support from the Sports and Youth Services Department, Government of Odisha, and KIIT (deemed University) under the aegis of the Kho Kho Federation of India.