Bhubaneswar: The Mission Shakti in Odisha has supplied 30 lakh tricolour flags to be hoisted atop million houses, government and private institutions from August 13-15 this year.

A representative group of Mission Shakti producer SHGs met Chief Minister, Naveen Patnaik on Saturday and presented him with a handmade Tricolour as a token of gratitude for reposing faith and entrusting them with the mission. 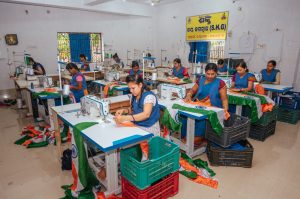 The ‘Har Ghar Tiranga Campaign’ has been announced to mark the 75th year of Indian independence.

Odisha government had assigned the task to Mission Shakti SHGs & PGs across the state. 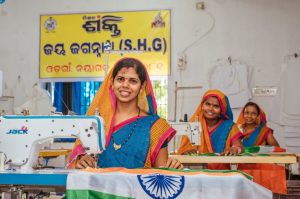 Over 10 thousand members from around 500 SHG, PGs across 22 districts of the state worked to produce 30 lakh tricolours.

At an average rate of 3.5 to 4 lakh flags per day, the Mission Shakti members enlisted to accomplish this effort have managed to achieve their target on time. 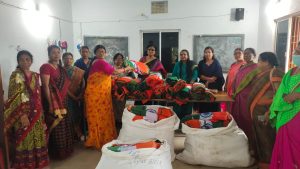 On the August 10, the last batch of the prepared tricolours were procured by the respective districts. Unique to Odisha the cost of flags is being borne by the State Government and the tricolour is being supplied free of cost to the people.

FIFA suspends AIFF, FIFA U-17 women’s World Cup not likely to be held in India